After fixing up the dialogue box and decision system (which still took me awhile to figure out), I also added in a decision box, or a yes-no box, out of curiosity, and to test out the decision system. 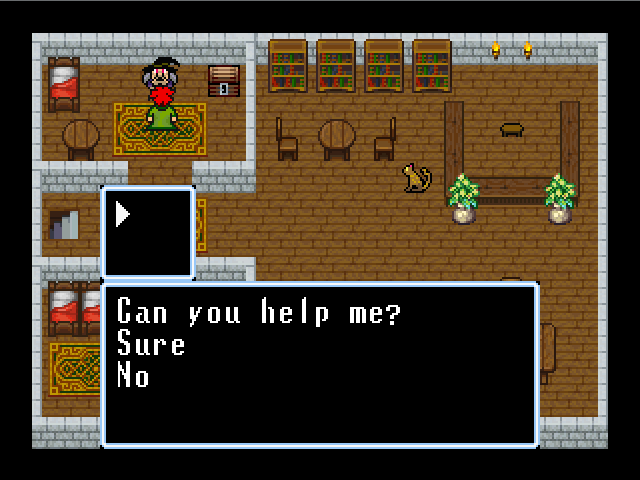 From there, I started to focus on putting up a basic heads-up display system. Looking at other games for reference again, I looked through the code for their HUD system. I found out that the heads-up display was assembled separately as different scripts, with each piece created as a “menu”, or a component, instead of being created as one whole. Next, in the script that generates the HUD, a loop is used to build and include each “menu” (the hearts from the game I referenced count as one “menu”, the magic bar another, the button icons are separate “menus”, and so on) into the final HUD “menu”.

With a vague picture of the HUD that I wanted in my head, I created a small spriteset of gauges corresponding to the player’s health and skill points.

The result, seen below, took me tons of testing, as I was still figuring out how the HUD system, and how the engine, mostly on how it handled sprite animations, worked. I also had to move the display around to make it noticeable.

Initially, the gauges would not show up, since, as I later found out, that I set the origin point of the gauges’ sprites sort of out of place in the sprites section. 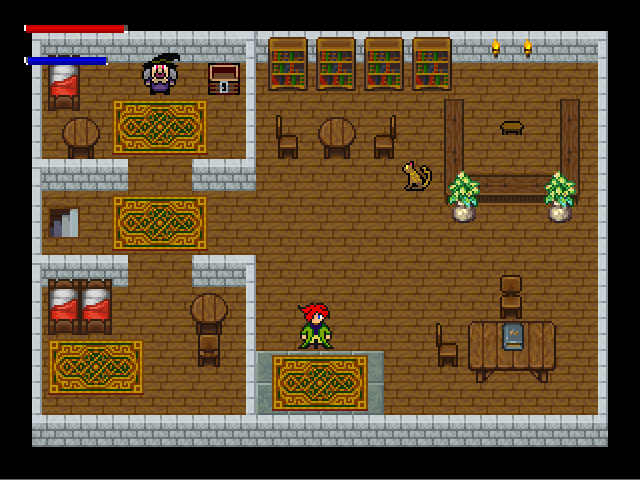 Next, I decided to add more stuff, including the display of the player’s current health points. This involved expanding the drawing surface of the gauges to include them. 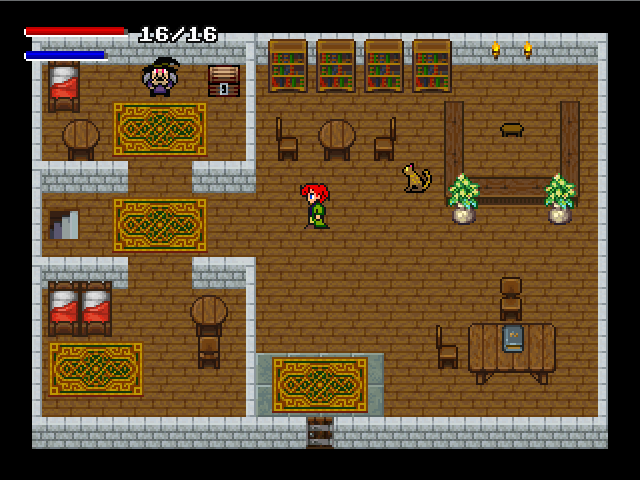 Then, I added the technique points to make the HUD look complete for now.

Over the next several days, I decided to make more changes to the dialogue’s font, adding in a gradient to make the colors match the window (and as a little reference to Soul Blazer!). I had to convert the font from a vector to a bitmap font in order to add the gradient effect there. Managing to make that happen took a lot of time in GIMP to get right, especially with how Solarus parses bitmap fonts. 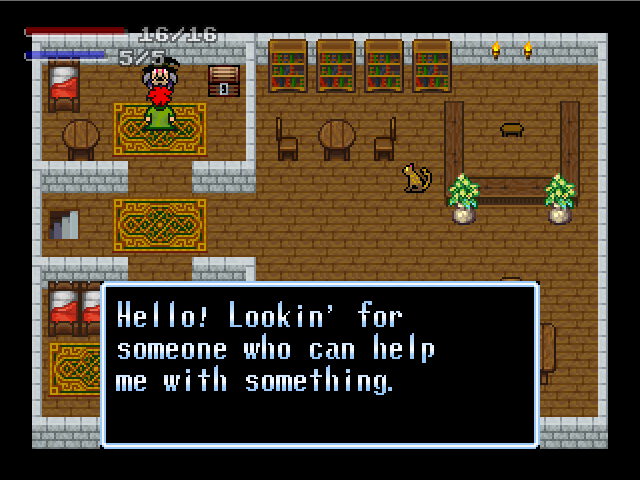 I wasn’t satisfied with how the spacing between the letters turned out, so I fixed the spacing, taking several attempts… 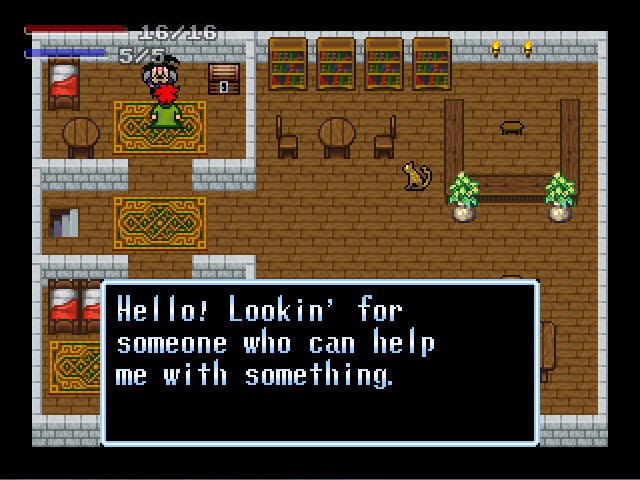 I was still not satisfied, but that would involve fixing the font itself again in GIMP, and I was too tired at this point.

In the meantime, I’ve updated my projects page to clarify what I’m currently doing now at the moment.

Here’s Part 1 and Part 2 of my Solarus Trials.